While Veterans Day is officially observed on Saturday, November 11th, Jeep and I are looking forward to seeing staff and students at all the schools tomorrow honoring the men and women who have served.

served our country.  Did you know that there are roughly 2,500 dogs in active military service today and about 700 deployed overseas?

Officially dogs have fought alongside American forces since World War I.  It was in this war that a stray Pit Bull named Stubby saved an entire company from a deadly gas attack.  “Sergeant” Stubby fought

bravely in several campaigns and was wounded twice.  He went to the White House and met 3 presidents.  Stubby’s remains are still on display in the Smithsonian.

The most decorated WWII dog was a German Shepherd named Chips.  Chips broke away from his handler and attacked an enemy machine gun nest forcing ten enemy soldiers to surrender.

German Shepherds and Labs are the two breeds that are the most popular with the military.  They can detect weapons, bombs and gases more accurately than any available military equipment.  Trained dogs have a 98% accuracy in their detection skills.  But it is not only muscular Shepherds and Labs that become great military dogs.  The Navy Seals are very fond of the Belgian Malinois which resemble a smaller German Shepherd.  These dogs are incredibly fast and great sniffers.  Their smaller size makes them ideal for parachuting and repelling missions with their handlers.

If a military dog dies in combat, he or she is honored by their entire human squad.  Their feeding dishes are symbolically placed upside down and a special poem called Guardians of the Night is read to honor their commitment.

Thank you military dogs and people for your valuable service to our country! 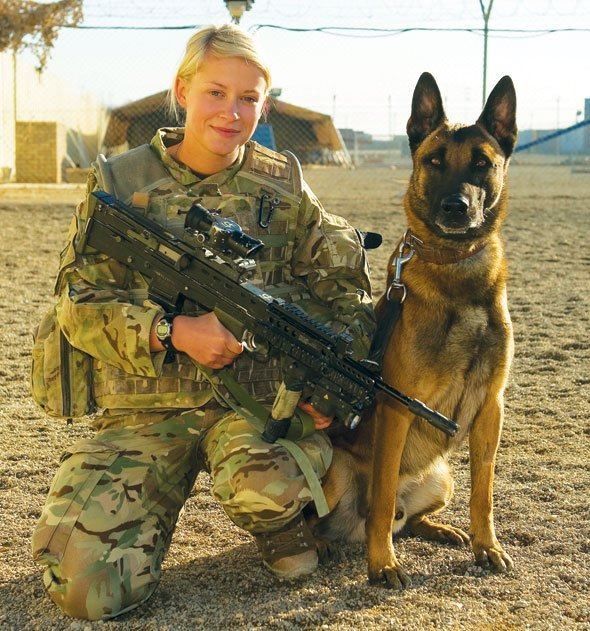 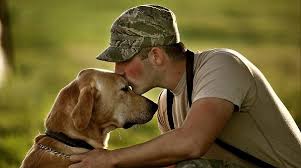 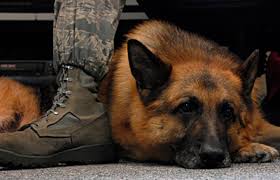 One thought on “Honoring ALL Veterans”

Join 97 other subscribers
Follow Jeep the Dog on WordPress.com